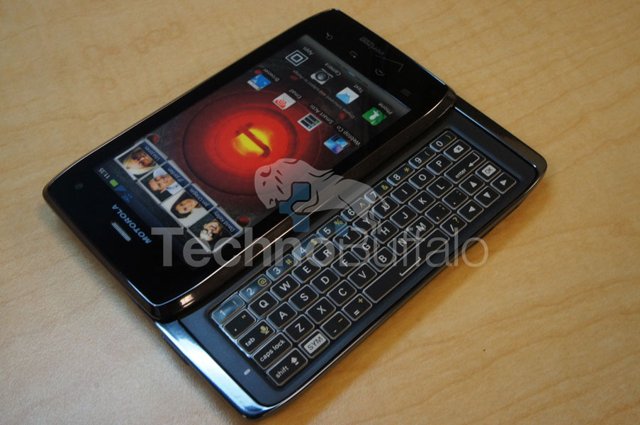 Despite being unannounced, the href=”http://en.wikipedia.org/wiki/Motorola_Droid” rel=”wikipedia” target=”_blank” title=”Motorola Droid”>Motorola DROID 4 has been surfacing a lot recently, with the latest spotting being in a href=”http://www.bestbuy.com/” rel=”homepage” target=”_blank” title=”Best Buy”>Best Buy promotional image. Today, the folks over at Techno Buffalo managed to get their hands on a DROID 4 demo unit. While it’s not the same thing as having the real phone, it is good enough to give us a better idea about how the phone looks and feels. Judging by the photographs of the phone, it looks like the DROID keyboard has been given a major facelift and LTE connectivity.

The DROID 4 will feature a 4″ (960×540) display, a 1.2GHz dual-core processor, 1GB of RAM, 16GB of internal storage, microSD slot, an 8-megapixel rear camera (1080p video capable), a HD front facing camera, HDMI output, and a 1,785mAh battery. Still no word on an official release date – but is this the DROID you’ve been looking for? More images are available at the source link below.
Seen at: technobuffalo