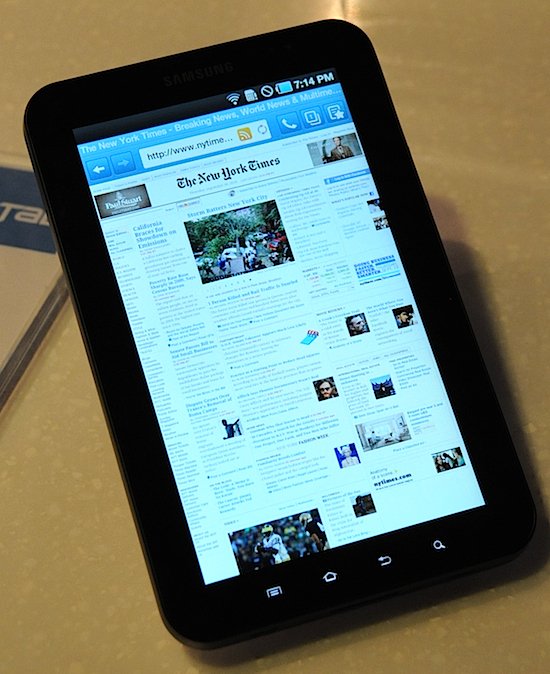 Samsung global recently revealed the Ice Cream Sandwich plans for its devices, and most of the expected candidates made it to the list. However there were a handful of notable exceptions – like the original Samsung Galaxy S and Galaxy Tab (the 7″ version). Now it couldn’t be a case of device specs: even the OG DROID is capable of running Ice Cream Sandwich, so what gives?

No reason was mentioned previously, but now it looks like Samsung Korea has cleared the air with a statement released yesterday. According to them, the Galaxy S and Galaxy Tab both feature TouchWiz customizations and will not run smoothly on the hardware of the devices if they were ported over to Ice Cream Sandwich. From that statement, it seems that Samsung is unwilling to drop TouchWiz customizations just to give its customers the latest version of Android. Ouch.
Fortunately Android users will be able to rely on the developer community for third-party versions of Ice Cream Sandwich. Do you think Samsung explanation for not having Ice Cream Sandwich is a valid one? Would you prefer to keep the TouchWiz customizations or would you rather drop them in favor of a newer version of Android?