GoAndroid
Home HTC ICS update for HTC Vivid Boosts Performance by 66%
After updating HTC Vivid to Android 4.0 owners will see huge boosts in performance by 66%. Having a shiny new Android firmware capable of firing on both cylinders (cores) means an OS that should, in theory, explode with unspeakable power. Originally, the Samsung Galaxy Nexus was the only Android 4.0 Ice Cream Sandwich phone available in the US market and because it came with the latest Android update from the get-go, we couldn’t tell if the Android OS gave any particular performance improvements over its predecessor i.e. Android 2.3 Gingerbread.
Here are the results from some of the more popular benchmarking apps in the Play Store when compared to the same device running Android 2.3 Gingerbread pre-update. 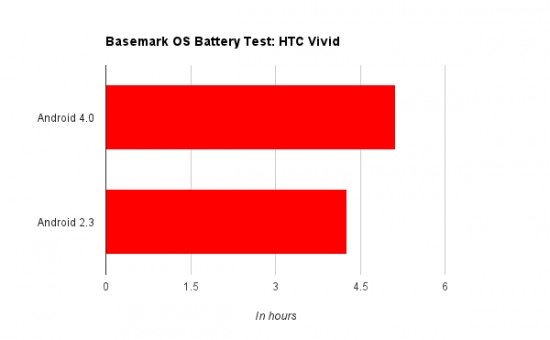 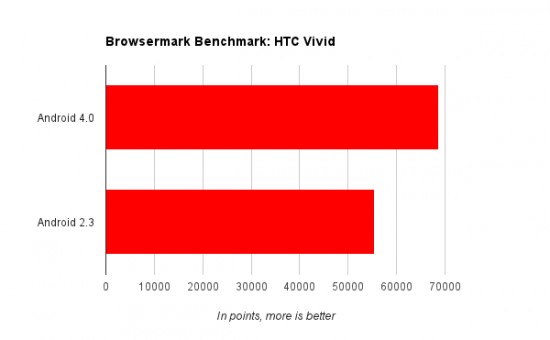 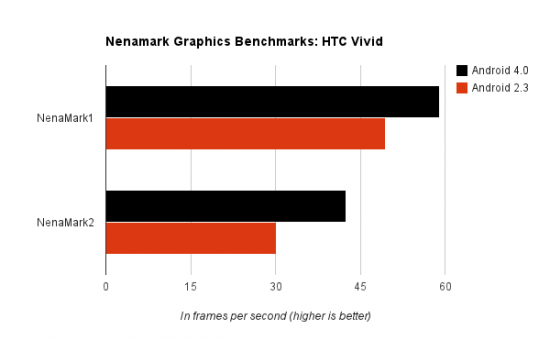 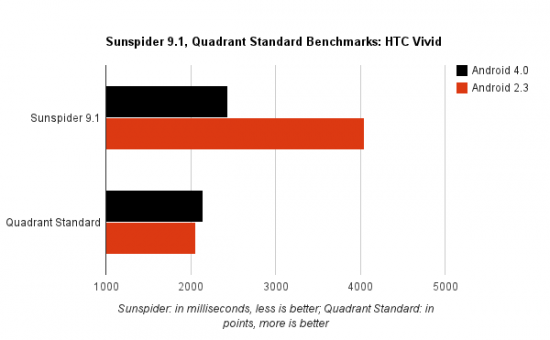