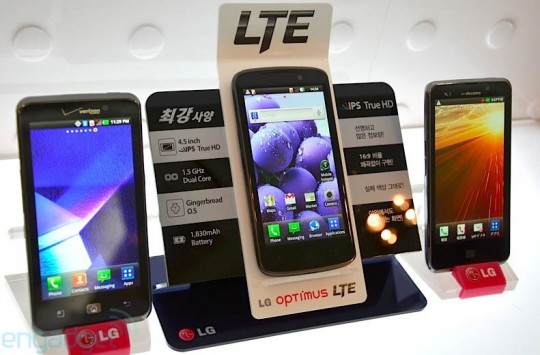 LG Officially Changes name of “Optimus LTE” to “Optimus True HD LTE”for for its upcoming Chinese market launch. While the handset has already launched in South Korea and Japan as the LG Optimus LTE and in the United States as the LG Spectrum 4G (for Verizon) / LG Nitro HD (for AT&T), the upcoming China launch is expected to draw competition with Samsung‘s Galaxy S II HD LTE.

The trick here is that this is a way for LG to throw a punch at Samsung. LG believes that Samsung’s HD smartphone displays are not “real HD” due to the fact that they use pentile screens (like the Galaxy Nexus) . These are in fact 1280x720p displays, but have less sub-pixels.LG has also criticized AMOLED’s over-saturated colors and higher power consumption, stating that LG’s AH-IPS screens have a more consistent power consumption across varying levels of whiteness.

Regardless, LG believes that their IPS displays are much better, and considered “True HD.” And from now on, users will be reminded of such every time they read the name of the device.
Via: Engadget