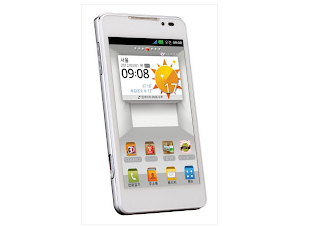 In Mid Jan we informed you that  LG CX 2 is comming sometime this year, and now ahead of MWC the specs and first image of LG CX2 also Known as Optimus 3D 2 has been officially announced by LG.

The Optimus 3D 2, now in White, will have the same 3D capabilities as the previous model, but the display will be enhanced at 4.5-inches and have a resolution of 720 x 1280 – like the display found in the Optimus LTE. The original LG Optimus LTE came with a 4.3-inch display with a resolution of 480 × 800. Other rumoured specs of the second generation Optimus 3D have it coming with a 1.2GHz dual-core processor, 5MP camera and be under 10mm thin.