GoAndroid
Home LG LG unveils Optimus L Series: 4.3-inch L7, 4-inch L5, and 3.2-inch L3
LG announced three new devices that will be hitting the show floor at MWC next week. The LG Optimus L3, L5 and L7 mark the debut of the company’s so-called L-Style design language, wrapping a choice of 3.2-, 4- or 4.3-inch touchscreens respective. Also, while we’ve had details of the L3 for a while — it’s going to run Android 2.3 and have a 3.2-inch display — we now know it’s launching in Europe in March. 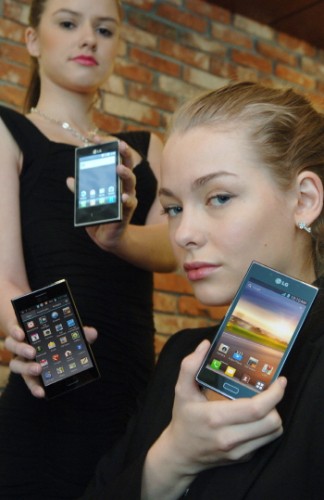 The LG Optimus L5 and Optimus L7 each run Android 4.0 Ice Cream Sandwich, some of the first LG devices to get the new version out of the box. There’s a 1,500 mAh battery but otherwise LG is keeping detailed specifications close to its chest.

What we can confirm, though, is that the metallic edges and thin body matches the ideas LG shared with the new logo for the Optimus series.
How do you like LG’s L series?