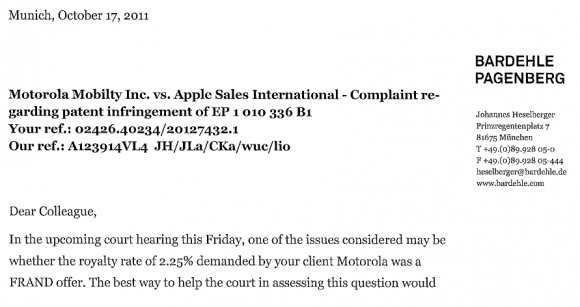 Apple has argued that Motorola’s demands for licensing fees are excessive, and that the company has not adhered to FRAND rules that insist upon a reasonable rate. To try to prove that, Apple is seeking information on how much other smartphone companies pay Motorola for the same patents, filing discovery motions in late January for details from Nokia, HTC, LG Electronics and Ericsson (though the latter was subsequently voluntarily dismissed).

Nonetheless, if Apple can prove Motorola has been unfair in its request then it could not only escape the injunction issued by the German courts last December, but land Motorola in hot water with the European Commission.