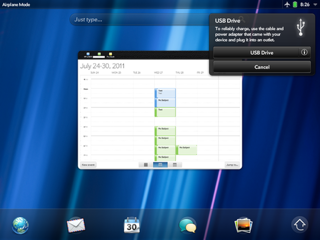 Whitman remains confident that the open source community can turn webOS into something competitive.

“There is a clear vision of what we’re trying to accomplish,” Whitman said in an interview with CRN. “There will be some people who will not love that vision, and then there are people who are very excited about this vision, and what it can mean for an alternative, open-source operating system that has some real strengths to it.”

As we’ve heard before, HP ain’t done with tablets, however they’ll be flavoured with href=”http://blogs.msdn.com/b/b8/” rel=”homepage” target=”_blank” title=”Windows 8″>Windows 8 sauce. “We have to have a tablet offering,” reckons Meg. “We will be back in that business. We’re coming back into the market with a Windows 8 tablet, first on an x86 chip and then maybe on an ARM chip.”

I’ve always felt webOS was a brilliantly-designed operating system and probably the best 1.0 platform we’ve ever seen but it failed to keep up with the Combses. The open source maneuver was the only thing HP could do after squandering nearly $3 billion on webOS, so maybe it truly is time to let it die already.