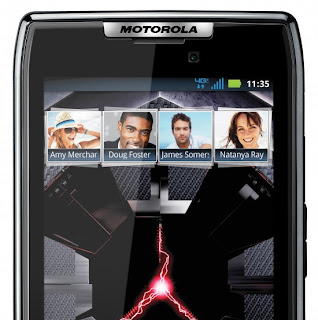 Motorola Droid RAZR owners who have signed up to be apart of Moto’s Feedback Network have begun receiving invites to test out a mysterious new project according to Droid-Life. Razr owners will have be going into this blindly with no details given on exactly what they can expect from the “soak test” but speculation is already running rampant. Everything from the usual bug fixes to Android 4.0 Ice Cream Sandwich is being whispered.

Personally, I wouldn’t get my hopes up for Ice Cream Sandwich for at least another month or two. Pound for pound, if both the Droid Razr and Galaxy Nexus were running ICS, which would you choose?

UPDATE: Just as we expected, the soak test is more than likely the leaked Android 2.3.6 update for the Razr. Leaked a few weeks ago (while everyone was distracted with href=”http://cesweb.org/” rel=”homepage” target=”_blank” title=”Consumer Electronics Show”>CES), the update mainly addresses 4G connectivity issues with the device. Users that have installed the update (no root required) are reporting a much improved 4G connection — more than any other 4G devices they’ve ever owned – so that’s a definite plus. The 6.12.173 update also adds minor graphical changes to href=”http://blur.co.uk/” rel=”homepage” target=”_blank” title=”Blur (band)”>Blur as well as introduces some brand new bloatware. If you want your cake, the calories come with it. If you want to check it out for yourself, it can be found on DroidRzr Forums here. Thanks, Jim!