Xiaomi Mi TV Stick was recently listed on FCC with some details that include model number MITVMDZ24AA and FCC ID 2AIMRMITVMDZ24AA. Xiaomi’s streaming device has been spotted on FCC days after receiving EEC, EU and BIS certification. The FCC listing of the device also included image renders of the Mi TV stick (as shown below). We are already informed of some features due to the fact that different variants of the device were already listed with retailers like AliExpress and Gearbest. 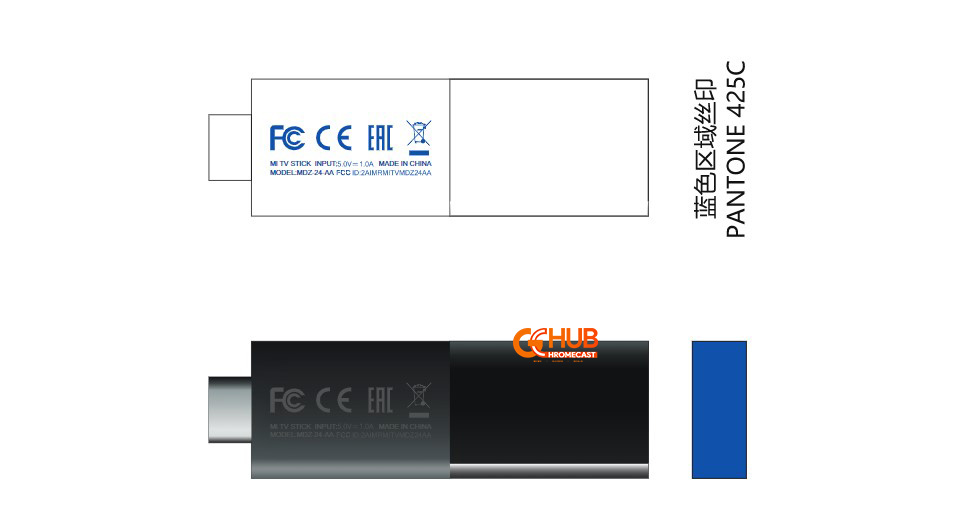 The upcoming streaming device is powered by Amlogic S905 quad-core CPU with Mali-G31 MP2 GPU and 2GB RAM. It has an 8GB internal eMMC storage with support for 4K HDR content, DTS-HD, dual-band WiFi with 2.4GHz and 5.0 5GHz frequency, Bluetooth 4.2, HDMI 2.0 and USB Type-C port and runs on Android 9. It also includes in-built support for Dolby Stereo Sound that offers a 3D cinematic effect and uses a 5VDC/1000mA power supply.

The reports suggest that the new Mi TV Stick will be available in two different variants that support Full HD and 4K resolution. It is expected that the shipping of the device will start soon, however, there are no official details available at this time. We will keep you informed of any developments about the availability of the streaming device in the coming days.