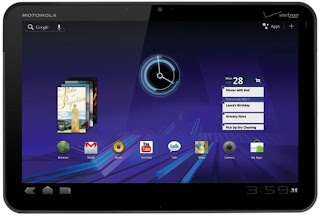 Last week we reported that select Motorola Xoom owners were receiving the Android 4.0 Ice Cream Sandwich update. If you were not one of the lucky testers, not to worry as you can shelve your jealousy as it appears that the update is now rolling out to all Motorola Xoom WiFi owners. As usual as with most OTA updates, it is currently being pushed out in batches. It seems that there is an update file available online should you choose to install it the manual route, but if it sounds a bit too complicated for your tastes, you will either have to wait until it is your turn to receive the update, or you could attempt to fetch it manually. This is achieved by going to your tablet’s Settings > About Tablet > System Updates. We certainly have to give Motorola props for releasing the update as quickly as they did! So Xoom users out there who received the update, how is the Android 4.0 experience treating you?