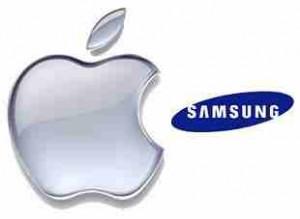 Apple failed in attempts to Ban Reworked href=”http://www.samsung.com/” rel=”homepage” target=”_blank” title=”Samsung”>Samsung Galaxy 10.1 N in Germany. The redesign of Samsung’s tablet was a move by the South Korean manufacturer to find ways to bypass a sales ban which was imposed by a German court in September last year, and Apple, obviously not too happy with the outcome, decided to challenge the new version – and lost.

The state court in Duesseldorf mentioned that there were “clear differences” between the Galaxy Tab 10.1N and the iPad, although the tinted glasses which Apple sees through probably do not notice said differences.

href=”http://www.apple.com/” rel=”homepage” target=”_blank” title=”Apple”>Apple’s battle with Samsung, whose tablets are based on href=”http://google.com/” rel=”homepage” target=”_blank” title=”Google”>Google Inc’s Android software, has been especially bitter, with the Galaxy devices seen as among the biggest challengers to Apple’s mobile products.

In a global intellectual property battle, Apple has claimed the Galaxy line of mobile phones and tablets “slavishly” copied the iPhone and iPad and has sued the Korean company in the United States, Australia, Japan and Korea as well as in Europe.

Since then, several countries including the Netherlands, the United States and Australia have decided to allow Samsung to sell the Galaxy tablet.

Samsung, which is Apple’s supplier as well as a competitor, has been trying to have the ban on sales of the original Galaxy Tab in Germany overturned while also seeking other means to fight Apple. The ban was upheld by a court last week.

Samsung has counter-sued Apple in Germany, claiming infringements of mobile technology patents. A court in Mannheim has ruled against Samsung in cases concerning two of the patents and is due to decide on a third on March 2.