GoAndroid
Home Apple Dutch court rejects Apple’s case against the Galaxy Tab 10.1
After a solid year of courts beckoning to href=”http://www.apple.com/” rel=”homepage” target=”_blank” title=”Apple”>Apple’s call, it would seem that sanity is returning to European benches. Taking a queue from Germany, which is set to reject Apple’s patent case over the revised Galaxy Tab 10.1N, a Dutch court rejected Apple’s final appeal to get href=”http://www.samsung.com/” rel=”homepage” target=”_blank” title=”Samsung”>Samsung’s tablet banned from sale in the Netherlands. Free and Open Source Software advocate Florian Mueller reported the legal news on the FOSS Patents blog. The appeal denial is the latest in a string of many Apple defeats and few victories in the last few months. 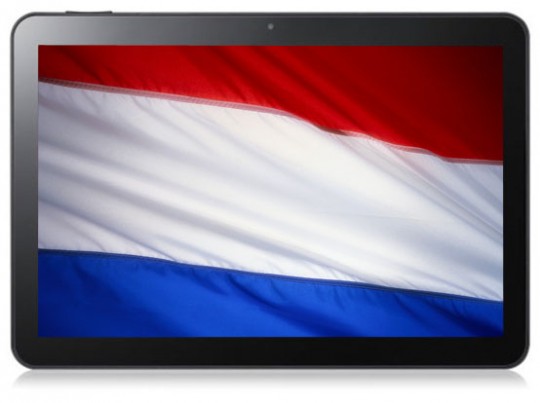 The saga of Apple’s patent trolling in Europe is a long one, dealing almost exclusively with Samsung. the most high-profile case was the victory the scored over Samsung in Germany, where the original href=”http://galaxytab.samsungmobile.com/” rel=”homepage” target=”_blank” title=”Samsung Galaxy Tab 10.1″>Galaxy Tab 10.1 was banned from import and sale after the court found it in violation of Apple’s design patents. When Samsung released the revised Galaxy Tab 10.1N, Apple once again sued for patent violation… but the German court was having none of it. Earlier this month Apple called for yet another injunction of ten of Samsung’s smartphones in Germany, though the outcome of that case is currently up in the air.
Apple is certainly wasting time on their crusade against Android, but what they’re wasting most of is money. An estimate from a Newsweek columnist put their legal expenses in a US patent case against HTC at $100 million. For their trouble, they actually won the case, barring HTC from using a phone number hyperlink feature or face a United States import ban. HTC promptly disabled the feature, giving Apple a whole lot of nothing to show for months of legal finagling and a significant chunk of stockholders’ money down the drain.
Cupertino seems to be speeding up its patently ridiculous claims in the face of failure, instead of slowing down. Expect to see more and more complaints from Apple as Android pulls further and further away from iOS in worldwide sales.