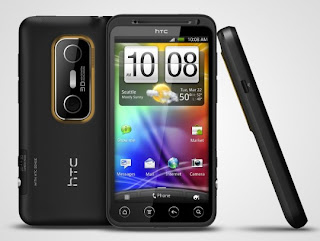 After the public relations disaster that was the Carrier IQ scandal, HTC and its carrier partners can’t get the software off of their phones fast enough. In the case of phones on The Now Network, customers don’t have to wait much longer: the next update should remove the controversial software, according to The Verge. HTC is removing Carrier IQ from all its affected phones, starting with its CDMA models – Verizon customers can breathe a sigh of relief, since they don’t use the service.

According to an HTC representative, updates will begin this month for The Now Network, though specific models and timeframes were not mentioned. Since the HTC EVO 3D is one phone known to use Carrier IQ, and a relatively recent one at that, expect it to get a timely update. All of the relevant phones will have a security update, which may include various other bugfixes as well. All told, 26 million CDMA customers (including HTC, LG, Motorola, Samsung, Palm and other manufacturers) are affected by Carrier IQ, though the wireless provider says that it has ceased using the software’s functions.

To be fair, Carrier IQ almost certainly isn’t intended to be used as spyware. Its primary function is technical logging that helps carriers hunt down bugs and improve their networks. But the wide range of access that the software has, including visited websites, call logs, location and other data. Carrier IQ didn’t help matters when it threatened legal action against a security researcher who exposed the software’s potential breaches. The rest, as they say, is history – and a lesson to any public relations manager who doesn’t want to tempt the wrath of the Internet.