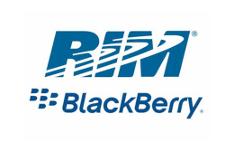 Who would have thought that href=”http://rim.com/” rel=”homepage” target=”_blank” title=”Research In Motion”>Research in Motion’s market share would have shrunk so much, especially since the advent of smartphones that came with keyboard-less designs, sporting full touchscreens at the same time? Well, real life has its own way of throwing curveballs, and RIM certainly failed to dodge this particular one, with the company constantly losing its grip on the smartphone market no thanks to the rise of Android-powered handsets and href=”http://www.apple.com/iphone” rel=”homepage” target=”_blank” title=”iPhone”>iPhones. Well, BGR reports that RIM is currently flouting their assets to href=”http://www.samsung.com/” rel=”homepage” target=”_blank” title=”Samsung Group”>Samsung, hoping that the South Korean conglomerate would like what they see, and possibly take over the company with a boatload of cash while they are at it.

Do you think Samsung’s acquisition of RIM, assuming it goes through, would be a match made in heaven? For starters, Samsung’s strongest reason for picking up RIM would be to leverage on RIM’s BBM and enterprise software, and this might prove decisive in gaining a stronger foothold over its rivals in the Android market. Not only that, since patents are the new “bullets” these days in the world of intellectual property, RIM’s many patents might come in handy as well.