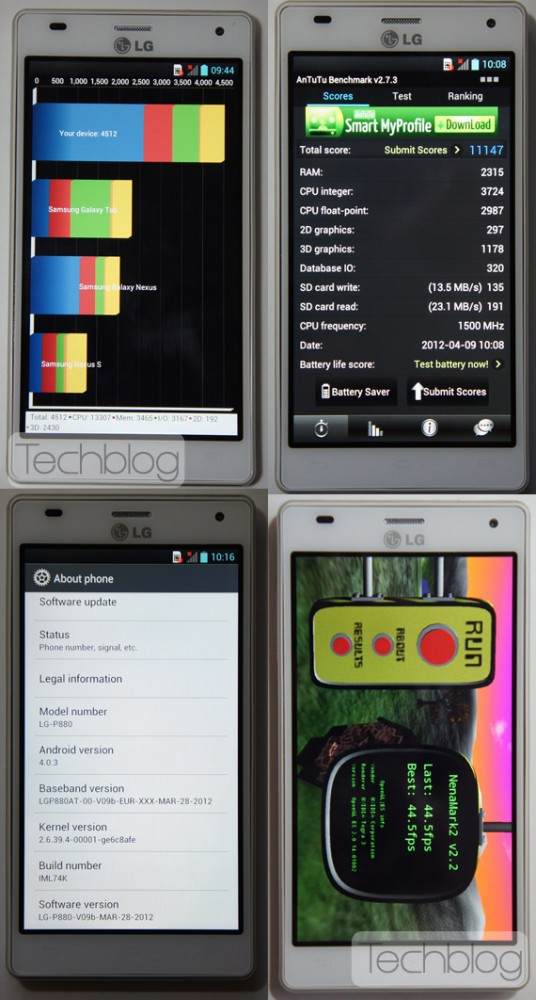 LG‘s latest superphones G4X And Optimus 3D has been put through the rigors of a few popular benchmark tests. G4X featuring a quad-core Tegra 3 process and running on Ice Cream Sandwich where it’s pitted against the HTC One X. The G4X definitely was able to hold its own (no surprise there) slacking in Quadrant, losing by a hair in NenaMark2, but besting the One X in AnTuTu. 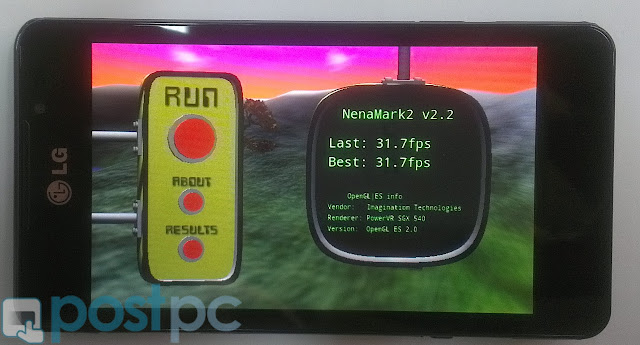 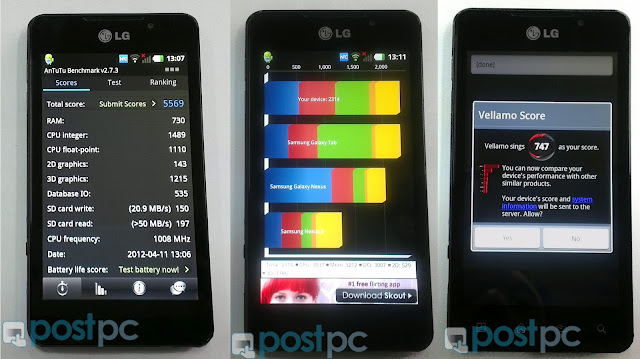 Optimus 3D which features TI OMAP 4430 dual-core processor is compared against two dual-core contemporaries from HTC and Samsung — namely, the One S and Galaxy S Blaze 4G with the LG Optimus 3D Max. It has the same SoC except that the operating frequency is now at 1.2 GHz and not at 1GHz. The software is still the Android Gingerbread ( but the company has promised to upgrade to the ICS). we pitted Sadly, the Optimus 3D Max failed to put up much of a resistance to either smartphone, and while its scores remain unofficial