GoAndroid
Home LG LG Optimus Pad LTE specs now available
The tablet will be sporting an 8.9″ IPS True HD display with a resolution of 1280×768. And for tablets, the 8MP rear camera will definitely set a new standard if the lens used is of decent quality. It will weigh out at 497g and at its thickest point it’s only 9.34mm. Not the thinnest tablet – but still fairly decent. 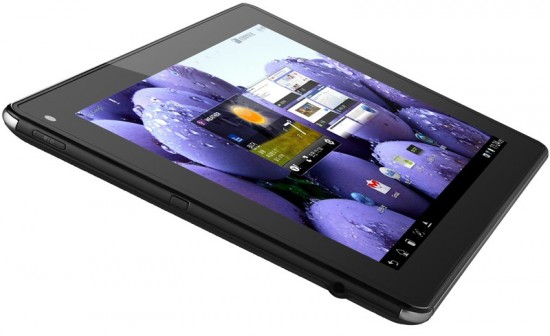 it won’t be running Android 4.0 (Ice Cream Sandwich), but will instead ship with Android 3.2 ( href=”http://code.google.com/android/” rel=”homepage” target=”_blank” title=”Android”>Honeycomb). Running a Qualcomm 1.5GHz dual-core processor – you’ll be able to run the latest and greatest of applications with ease. Not only that, but the Optimus Pad LTE will tout a 6,800mAh battery to help last long enough to do just about anything you need.
A tablet wouldn’t be complete without an HDMI out – so LG was sure to include it. Hopefully the HDMI out works as well as the Droid XYBOARD 10.1, which was absolutely flawless. All owners will have 32GB of onboard storage, and a MicroSD slot is available to support another 32GB. We’re not completely sure when we’ll see this tab on shelves, but it’s bound to be soon.
[via Android Central]