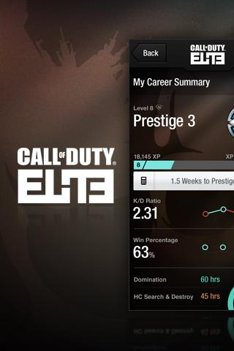 Last week the Call of Duty: Elite app for iOS devices was officially released, and this week Android users can finally get into the action. In case you’re in the dark about Call of Duty: Elite, it’s href=”http://www.activision.com/” rel=”homepage” target=”_blank” title=”Activision Blizzard”>Activision’s online service for its Call of Duty games which lets users check their scores, ranking, achievements, connect with other players, and even select their loadouts. Users can also find out how to improve their games and by analyzing their recent matches.

However, judging by the reviews of the app, it looks like Activision has got some fixing to do before the majority of users get a satisfying experience with the app for Android. There are complaints about the app not scaling to fit the screen, and users having login problems. Fortunately the app is free, so give it a shot by downloading it from the Android Market.