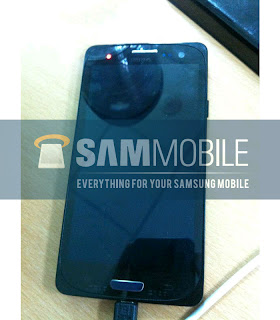 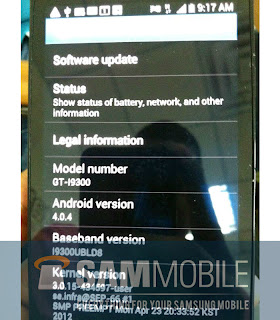 According to SAM Mobile New image for Samsung Galaxy S III has leaked and this pic looks to be most realistic Picture of upcoming Galaxy S III. Previous leaks, the physical home button in between the menu and back buttons looks quite different compared to previous Galaxy S devices, but the rest of it looks roughly the same. According to person who sent this pic SAM Mobile says this phone will be available the week after the release.