GoAndroid
Home News Motorola DEFY MINI Passed By The FCC – may be comming to...
According to Wireless Goodness, Motorola Defy Mini will arrive at FCC headquarter soon. This handset has been released last year in some International market, but it is still unclear when it will start to penetrate US market, until now. 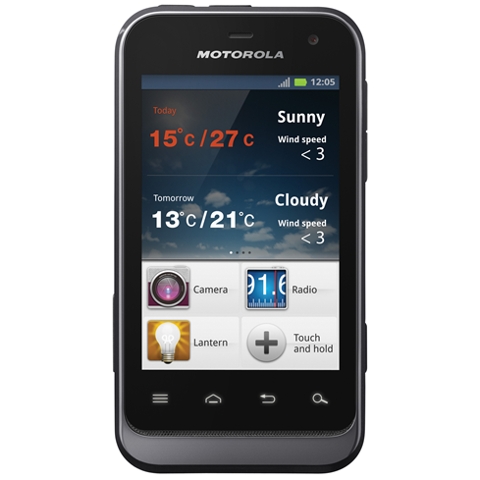 The waterproof/dustproof device has been approved for GSM bands 850 and 1900, and WCDMA bands II and V. The little feller will also run on Android 2.3 Gingerbread and feature a 3.2-inch screen, 600MHz processor, 512MB of RAM for multitasking, 3MP rear/.3MP front facing cameras as well as the now standard Bluetooth and WiFi.

The wireless bands that the test phone was sporting point to an AT&T release – or not, since those are the same HSPA+bands that are used in many countries around the world. Manufacturers often send phones and tablets through the FCC as a formality to show off to prospective carriers, or on their way north to Canada.  While the Defy Mini is already scheduled to launch in the UK (March 25th for $225).