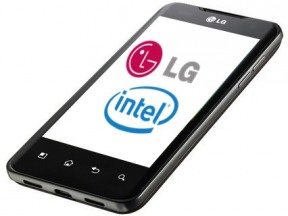 LG’s mobile department hasn’t exactly had the best year but rather than give up — they’re trying new things… or rather, revisiting old ideas. According to the Korea Times, LG is getting ready to debut an all new smartphone at CES 2012 powered by none other than Intel’s new Medfield mobile processor. We heard rumors a few weeks back that Samsung would be partnering with Intel for an upcoming smartphone to be debuted at CES in January but maybe it was the other Korean manufacturer this whole time.
The only question that remains if whether or not the device will ever hit market given LG and Intel’s past. At CES 2011 they they actually showed off a smartphone that of course, went belly up due apparently due to “lack of marketability.” The Times went on to source an exec who claims LG will be banking big with this device and could launch as early as March. Once again, the same was said about the two company’s first attempt at a device earlier this year.
Still, LG has a lot to lose but even more to gain this time around and the same could be said with Intel who has made zero impact in the mobile market where SoC’s from Qualcomm have dominated. I think Android 4.0′s compatibility with Intel processors is the moment they both have been waiting for and high-end device could do well for them. Just as long they avoid the quality control issues that plagued the G2X and drop that pseudo TouchWiz UI.
[Via TechCrunch]