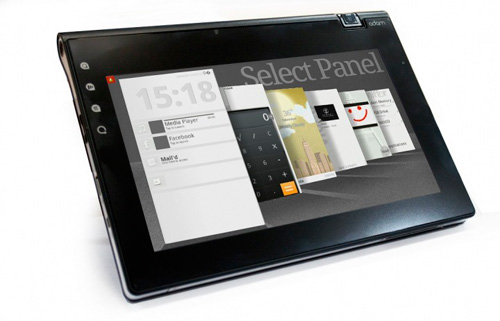 In an unexpected twist to their announcement, Notion Ink will be featuring a slightly tweaked version of the OS using a restructured Modular Based Software Architecture. These Application Authoring Tools” will give developers and would-be programmers the ability to customize apps via a new drag-and-drop system. Notion Ink explains,

This System will help consumers, professionals and students become productive as they will be able to use the tablet as a logic analyzer, medical imaging device, signal acquisition and processing, 3D modeling and multi-media.”

Still no word on when Notion Ink Adam II will be ready to ship. Notion Ink mentioned in a video earlier this week that they plan to design many of the parts in-house, after learning from the company’s previous pitfalls of outsourcing. [Notion Ink via Electronista]