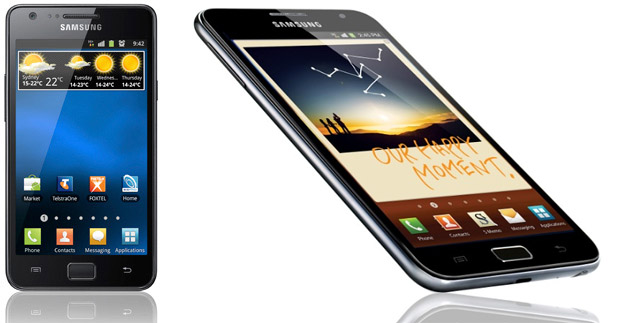 According to Ausdroid, href=”http://www.telstra.com.au/” rel=”homepage” target=”_blank” title=”Telstra”>Telstra is Planning to launch Galaxy S II and Galaxy Note in the near future as both are appearing in Telstra’s internal systems.

The LTE version of the Galaxy Note is due to launch on href=”http://www.att.com/” rel=”homepage” target=”_blank” title=”AT&T”>AT&T in the U.S., as well as all three major Canadian networks in the weeks ahead, and the Galaxy S II LTE is already available on a range of carriers worldwide. Until now neither phone has seen an official Australian release, however, with href=”http://www.samsung.com/” rel=”homepage” target=”_blank” title=”Samsung”>Samsung continuing to push both devices aggressively around the world, we wouldn’t be surprised to see an Aussie launch in the months ahead.