GoAndroid
Home Old Samsung Galaxy Ace Plus image leaks
The Galaxy Ace was a fairly popular mid-ranged device upon release earlier this year, and it even saw href=”http://code.google.com/android/” rel=”homepage” target=”_blank” title=”Android”>Android 2.3 (Gingerbread) in a timely fashion. It seems we may see an upgrade of this device, and from the image it looks very similar. The “Plus” version will likely ship with upgraded specs and debut internationally. 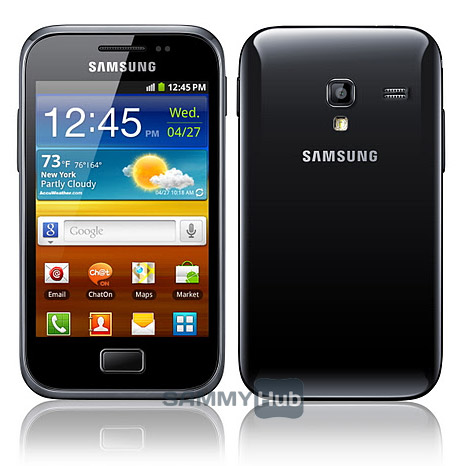 Yes, the hardware will probably see some nice improvements to the processor speed and available RAM, but will we see Android 4.0 (Ice Cream Sandwich)? The UI within the picture looks skewed, as the lower application names are cut off – leading me to believe it isn’t set to run a particular version of Android just yet.
The Ace Plus will likely remain in the mid-level range, even though it will see a significant upgrade. Because after all, anything currently out will probably have a hard time competing with the href=”http://en.wikipedia.org/wiki/Samsung_Galaxy_S” rel=”wikipedia” target=”_blank” title=”Samsung Galaxy S”>Samsung Galaxy S III. The Galaxy S II set the benchmark for smartphones very early within 2011, and there’s no reason to believe the GSIII won’t follow suit.
)