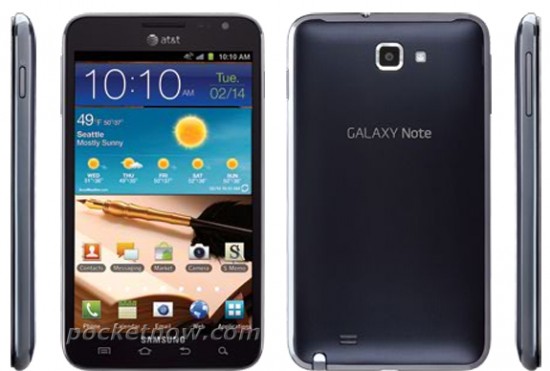 Accessory maker Anymode may have found themselves in bit of hot water after a PR rep inadvertently let slip the existence of the href=”http://www.samsung.com/” rel=”homepage” target=”_blank” title=”Samsung Group”>Samsung Galaxy Note for href=”http://www.att.com/” rel=”homepage” target=”_blank” title=”AT&T”>AT&T. And not only did they tie in the device with AT&T but they even went as far as revealing the a general release date on when we should expect the device to hit. Anymode quickly went into damage control mode, issuing a retraction to their earlier announcement:

RETRACTION OF EARLIER href=”http://www.cesweb.org/” rel=”homepage” target=”_blank” title=”Consumer Electronics Show”>CES ANNOUNCEMENT
JANUARY 6, 2012 -The January 5, 2012 CES Media Alert titled “Anymode Introduces First Accessories for Samsung Galaxy Note” contained inaccurate information pertaining to AT&T and the release of the Samsung Galaxy Note.
The information was not provided by Anymode, AT&T or Samsung , nor did Anymode, AT&T or Samsung approve it.
The issuing party apologizes for the publishing of the inaccurate information and any inconvenience it may have caused.

Hot on the heels of Anymode’s retraction, official press shots of the AT&T branded Galaxy Note appeared online complete with the US’s typical 4 row capacitive buttons along the bottom. Pay particularly close attention to the February 14th date on the weather widget. This may clue us in on when we should expect the device to ship, once again reaffirming Anymode’s previous “early 2012″ slip.
[Via Pocketnow | TechCrunch]