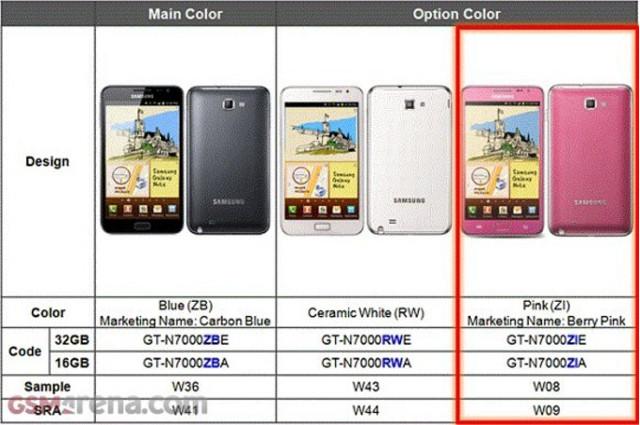 Today we are missing some Pink Mobiles, but Samsung got that voice and responded by bringing Samsung Galaxy Note in Pink. According to a report by GSMArena Samsung going to launch Galaxy Note in pink sometime later from now. The ladies might feel as though the current color scheme of the Galaxy Note does not cater to their fancy, which is why the South Korea company is preparing a rather clichéd shade, releasing the smartphone in “Berry Pink”. Some say it is a subtle shade of rose, instead of the Hello Kitty pink that we are used to.

What You Think about Pink Colour on Mobile Devices?