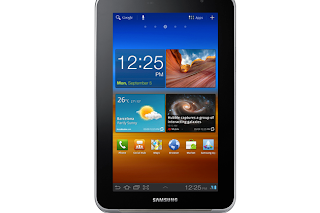 Amidst the many Samsung announcements we’ve covered in CES, we just heard that the Galaxy Tab 7.0N is now available in Germany. Just like the Galaxy Tab 10.1N, this tablet was developed in response to Apple’s injunction that has prevented Samsung from selling the Galaxy Tab variants in Germany. Aside from a slight physical redesign, the 7.0N is essentially the same as the Galaxy Tab 7.0 Plus that we reviewed a few months ago. It’s not the nicest tablet we’ve ever seen, but it represented a major improvement over the first-ever Galaxy Tab, so we’d imagine this will be a strong option for Germany users looking for a smaller tablet. If you live elsewhere and prefer the styling of the 7.0N over the version available here, importing is probably your only option.