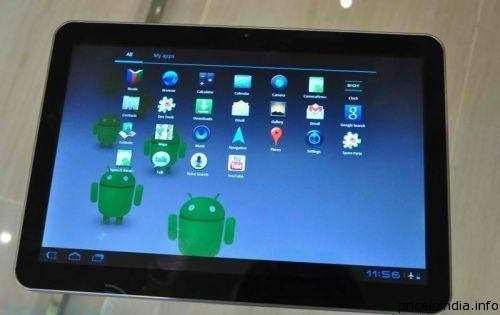 Vodafone became the first Australian carrier to begin offering the href=”http://galaxytab.samsungmobile.com/” rel=”homepage” target=”_blank” title=”Samsung Galaxy Tab 10.1″>Galaxy Tab 10.1 following the reversed preliminary ban. The Android tablet’s 3G version comes subsidized with the device price factored into the monthly rate. It can cost as little as $39 AUD ($41 US) a month on a two-year contract with a 1.5GB monthly cap or as much as $109 AUD ($114 US) on a one-year contract with a large 16GB cap.

href=”http://www.cambridgetab.co.uk/” rel=”homepage” target=”_blank” title=”The Tab”>The Tab 10.1 Wi-Fi had been on sale almost immediately after Apple’s appeal, but it had left any cellular version out of the equation until now.

Many had been surprised by href=”http://www.samsung.com/” rel=”homepage” target=”_blank” title=”Samsung”>Samsung’s win. Apple won a ban in October after persuading the judge that Samsung was imitating much of its work. In overturning the ban, the judge overseeing the appeal thought there had been a basic misinterpretation.

The win is bittersweet for Samsung, since it lost months of sales and is only getting the Tab 10.1 on Australian shelves weeks before Mobile World Congress in late February, when it could have a href=”http://galaxytab.samsungmobile.com/” rel=”homepage” target=”_blank” title=”Samsung Galaxy Tab”>Galaxy Tab 11.6 that obsoletes the current version.