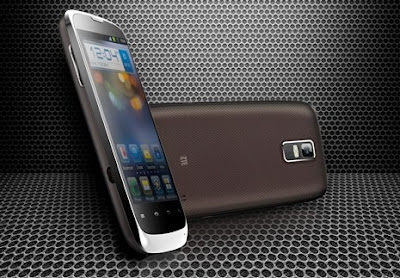 ZTE Announced two Android 4.0 Phone, which will be launched at MWC in Barcelona.The two Phones are The PF200 and The N910 powered with dual core 1.5 and 1.2 GHz processors resp.

The PF200 has a 4.3-inch, 960 X 540-pixel touchscreen; an 8-megapixel rear-facing camera, and a front-facing camera capable of recording video in 1080p. It can operate on LTE (Long Term Evolution), UMTS (Universal Mobile Telecommunications System) and GSM (Global System for Mobile Communications) networks, and also has Near Field Communications (NFC) capability, allowing it to become a mobile wallet.

The N910 is packed with 4.3-inch touchscreen, although its resolution is lower at 800 by 400 pixels. The handset has a 5-megapixel camera in the rear and a front-facing camera that can record video in 1080p. The phone operates on LTE, CDMA (code division multiple access) and EVDO (Evolution-Data Optimized) networks.

“These LTE devices are the fore-runners of a wide range of LTE devices ZTE will bring to the market in the coming months, and as more and more LTE networks come on stream,” said Mr. He Shiyou,Executive Vice President and Head of the Terminal Division of ZTE.

“They will be feature products – among a very wide range of devices on display at the ZTE stand at Mobile World Congress 2012.”