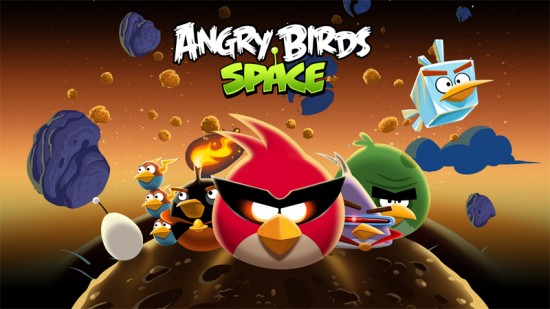 Rovio Today Announced via Twitter that their new Angry Birds Space hits 10 million downloads in just three days. Angry Birds Space is the fourth version of the popular mobile slingshot game and the first new game since Rovio introduced Angry Birds Rio in March 2011. Rovio isn’t going to rest on the success of Angry Birds Space like it did with its first games. The company plans on releasing four more Angry Birds games in 2012. We don’t have the details on the upcoming titles, but chances are the game involves slinging upset birds at green pigs. 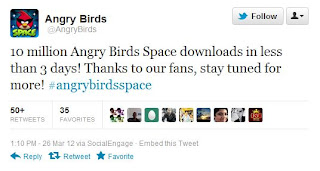