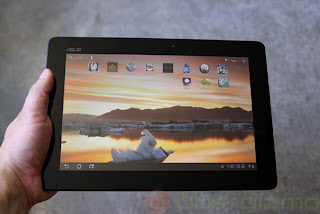 Interested in knowing what ASUS is up to for the rest of the year when it comes to the subject of tablets? You’re in luck because at a press event in Taipei today, Samson Hu, the Vice President and General Manager of the Eee Systems Business Unit revealed the company’s tablet roadmap for 2012.

According to Hu, we’ll be seeing an ARM tablet running Windows 8 by the end of the year. The Transformer Prime will also be getting a 3G version sometime this March and it will pack a more powerful GPS module. At href=”http://www.cesweb.org/” rel=”homepage” target=”_blank” title=”Consumer Electronics Show”>CES, ASUS will be unveiling a 7″ tablet (rumored to be the ASUS Memo) and a 10″ with a high resolution display (could be a completely new tablet or the upgraded Transformer Prime with 3G and better GPS). There are also two more 10″ tablets slated for the second half of 2012.

ASUS also expects to sell around 6 million tablets this year and will be beefing up its href=”http://code.google.com/android/” rel=”homepage” target=”_blank” title=”Android”>Android tablet division from 300 to 400 employees while its Windows 8 tablet division will have 150 employees. Stay tuned for more information next week.