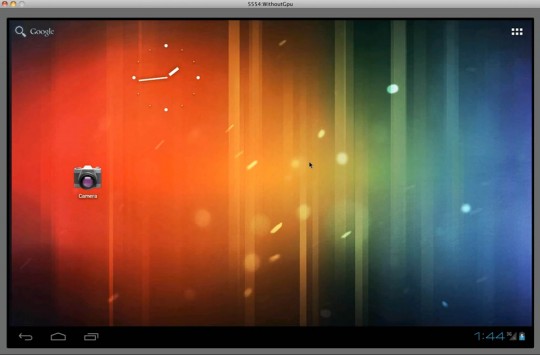 Google has updated the Android emulator today to make app creation easier for developers. Week ago it adds support for x32 bit system. The latest version finally adds built-in GPU support, which Google says will help the emulator better keep pace with current smartphones that rely so heavily on GPUs themselves. It Include a dramatic performance upgrade and as well as support for a broader range of hardware features. The update means you can now run a much more responsive Android emulator on a desktop PC. It also supports OpenGL ES 2.0, which means that OpenGL games can run in the emulator. Check out the video below to see the difference between Android emulator running on just the CPU and then with the help of the GPU. New hardware features have also been added, including the ability to use a tethered device to supply inputs for sensors and multi-touch input.The difference is night and day.