GoAndroid
Home Sony Leaked: Sony ‘Tapioca’ and ‘Nypon’ Pics in Wild
href=”http://www.sony.com/” rel=”homepage” target=”_blank” title=”Sony”>Sony Tapioca and Nypon Pics have leaked, and each show us a little bit more of what may be shown off at the end of February in Barcelona, Spain during Mobile World Congress 2012. 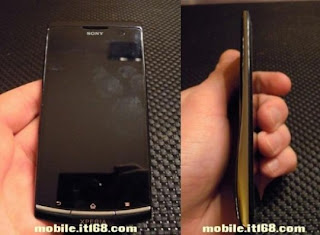 Moving on, they also got a shot of the LT22i, better known as the Sony Nypon. Unfortunately, no specs are listed for the Nypon, but we have to admit that it does look quite standard compared to recent devices. The leaked roadmap puts the Nypon at an April release. That’s all we’ve got for these two Sony phones, but we’ll be sure to keep you in the loop if anything new pops up.