GoAndroid
Home LG LG joins the dual SIM party with Optimus Net Dual for India
href=”http://www.samsung.com/” rel=”homepage” target=”_blank” title=”Samsung”>Samsung’s been blowing it up lately with dual-SIM versions of their Galaxy phones lately, but href=”http://www.lg.com/” rel=”homepage” target=”_blank” title=”LG Corp.”>LG doesn’t intend to let them get too far ahead. The LG Optimus Net Dual, which appears to be an updates version of the original Optimus S, is officially on sale in India for the equivalent of about $$210. The budget smartphone uses multiple GSM networks at a time and, surprisingly, appears to run Gingerbread. Dual-SIM devices are popular in developing countries, where cell networks can be few and far between and users often buy multiple pre-paid cards for more reliable coverage. 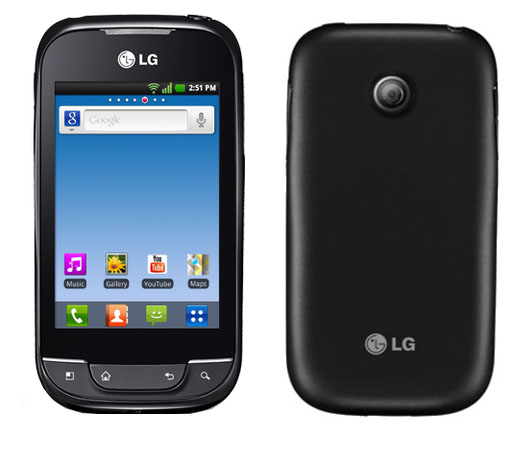 For your rupees you’ll get an 800mHz processor, a 3.2-inch 480×320 screen and a single 3 megapixel camera. While only 163 megabites of on-board memory are available to the user, you can add the standard 32GB with an external MicroSD card. a 1500mAh battery should be more than enough to run the Optimus Net Dual all day with moderate use, and the standard compliment of 3G, WiFi and Bluetooth has your connectivity options covered.
Dual-SIM phones like the Optimus Net Dual, Galaxy S II Duos and Motorola Xt882 are an in-between measure for countries and territories without reliable wireless broadband coverage. While there’s still large swatches of the US where only one GSM network is available, America has relatively stable roaming agreements between compatible carriers, a luxury that isn’t enjoyed elsewhere in the world. Until regional carriers in India, China and elsewhere can expand to cover more people, expect to see more and more dual SIM models of popular phones.
[via AndroidOS.in]