LG Q6, previously rumored to be released as the LG G6 Mini was recently certified by the FCC in the United States. LG has lately started sending invites for the launch event of LG Q6, which is to be held in Poland on 11th July. Just before its launch date, the device bearing model number LG-M700 made an appearance on the benchmarking site Geekbench. 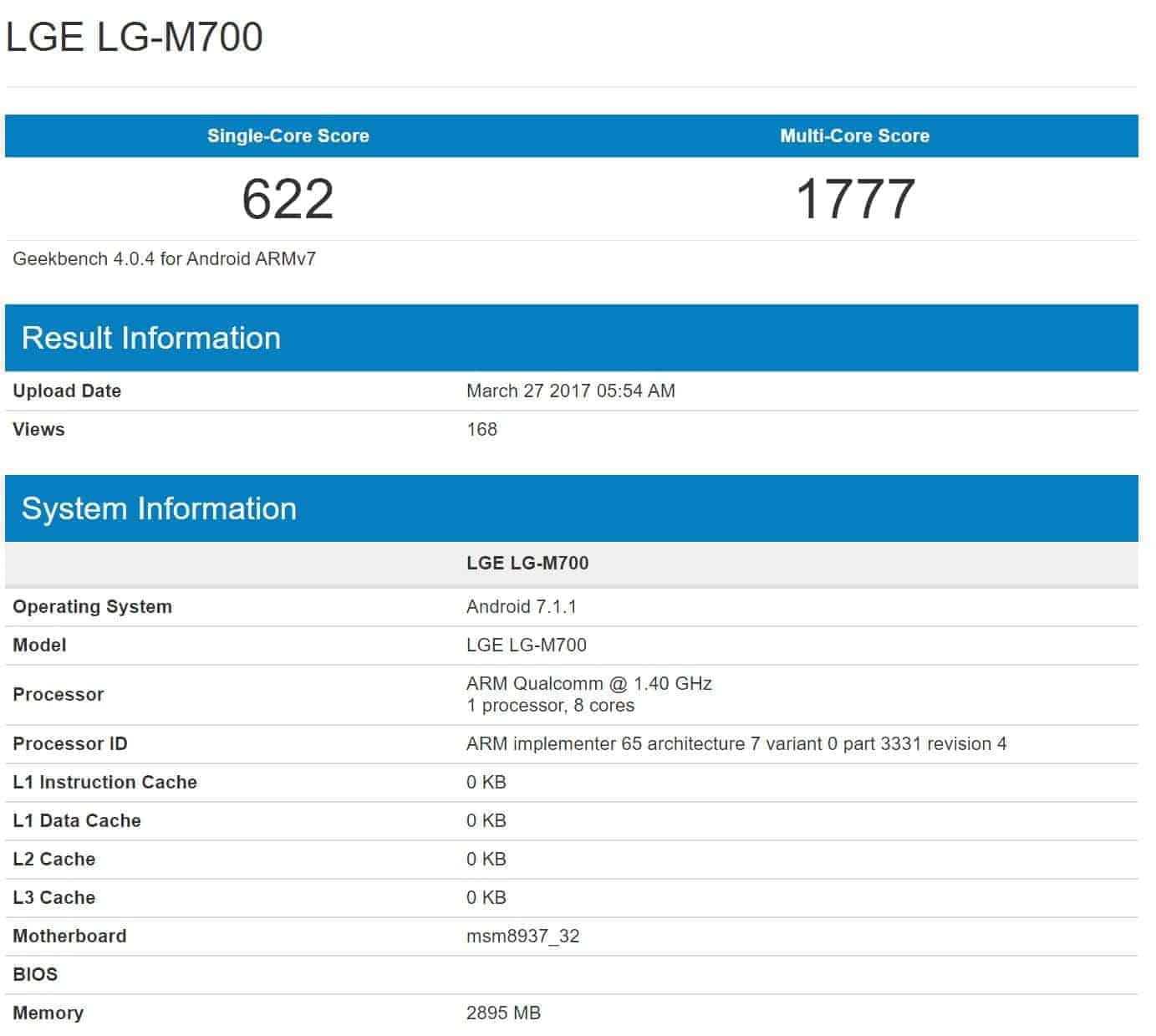 The Geekbench listing reveals that the upcoming LG Q6 will be powered by Qualcomm’s Snapdragon 430 SoC clocked at 1.40GHz with 3GB of RAM. The listing also shows that the device will run Android 7.1.1 Nougat out of the box.

As rumored, the LG Q6 will feature a 5.4-inch near bezel-less display with 18:9 aspect ratio just like the LG G6. The new mid-ranger from LG is expected to boast a 13MP rear camera. However, other details about the smartphone are not available at this time.

Since LG Q6 is speculated to be released on July 11 in an event organized by the company, you need not wait very long to be informed about the detailed specs of the smartphone.

We will keep you posted about LG’s upcoming event and the latest updates on the new releases by the company.