Motorola is aiming to expand its portfolio of smartphones. The Lenovo owned company is rumoured to extend its Motorola One series with the launch of two new phones called Motorola One Action and Motorola One Pro. Both the devices have already leaked multiple times. However, as per the recent tweet from Evan Blass,  it appears Motorola has more phones available for launch in the coming few weeks. 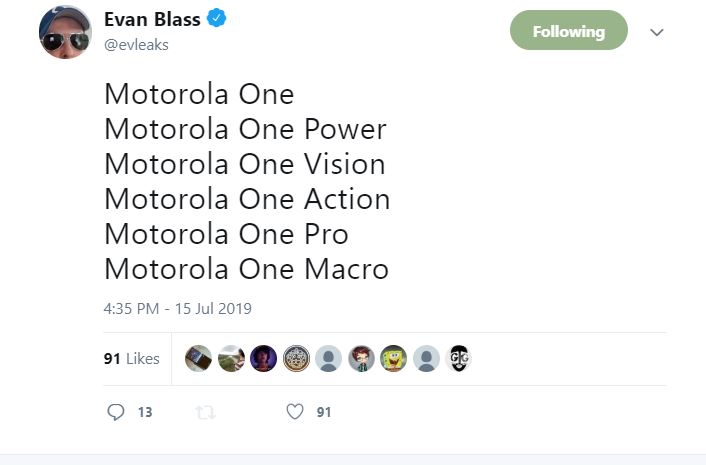 It’s quite early to tell about the specifications or any other related features. We have to wait and watch for some more leaks or any official confirmation from Motorola.