Today, Nokia added two new affordable feature phones, Nokia 105 and 130 in the list. Both the feature phones run on Nokia’s S30+ platform and come with Snake Xenzia game on board. Well, these can be taken as a welcome move from HMD global to conquer the feature phone market again.

Talking about both the Nokia 105 and Nokia 130, both are feature phones with huge battery backup. Let’s talk about each of them in detail:

The Nokia 105 sports 1.8 inch display. It has removable 800 mAh battery which promises 15 hours of talktime and stanby time of nearly one month. Nokia 105 also has FM Radio and flashlight. Nokia 105 comes with 4 MB of RAM and 4 MB of ROM. Nokia 105 doesn’t support microSD card. 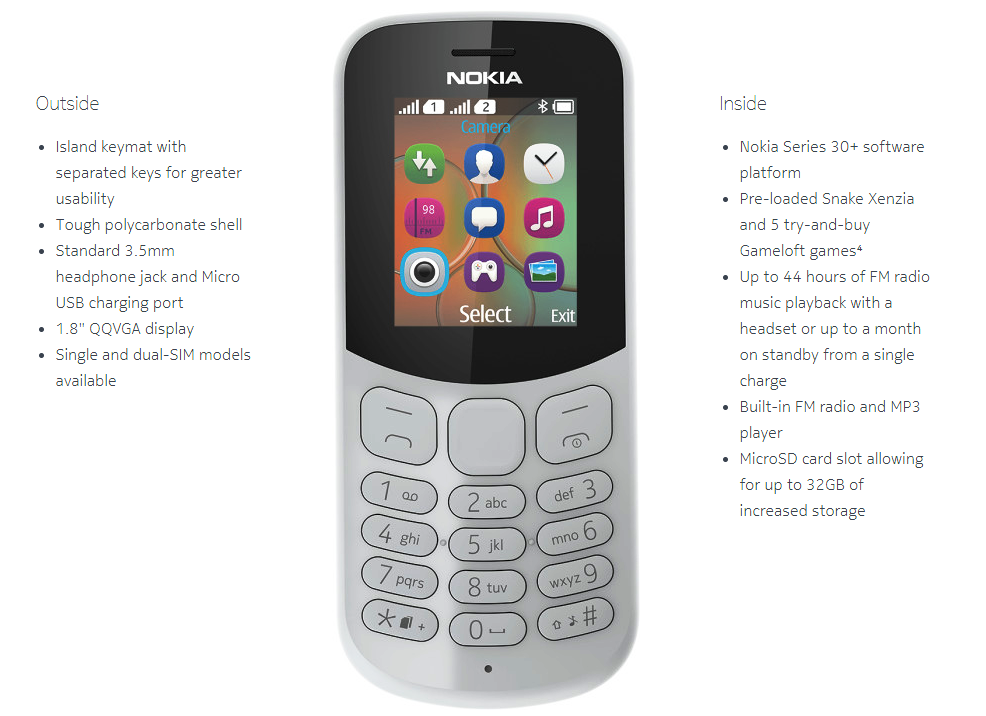 If you want feature phone which will accompany your smartphone then nothing is better than these Nokia feature phones.