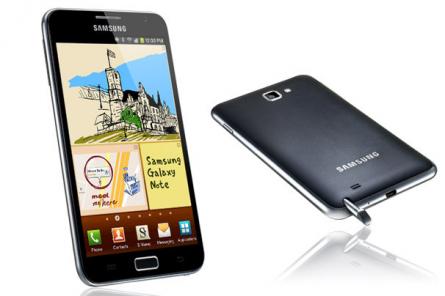 href=”http://www.vodafone.com/” rel=”homepage” target=”_blank” title=”Vodafone”>Vodafone has announced that they will be offering the Samsung Galaxy Note to consumers in Australia soon. The telco revealed via its Twitter account yesterday afternoon that the Galaxy Note will soon be arriving on Australian shores. It also linked a video that shows a Vodafone representative discussing the phone with Samsung Australia, but did not reveal a firm release date or pricing details. The Galaxy Note features one of the best processors around in Samsung dual-core Exynos, as well as one of the biggest screens we’ve ever seen on a phone – 5.3 inches.  Vodafone only offered up a launch window of “coming soon” so keep your eyes on their Twitter account for new details every day.