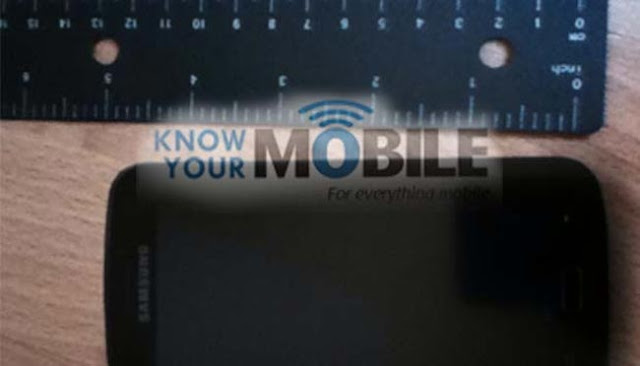 Another Leak or Rumor has arrived pointing that Samsung Galaxy S III will have 4.8 inch screen and the smartphone is about 130mm tall . The photo was obtained by the guys over at Know Your Mobile, they received from an anonymous source.

This is contrary to an earlier reported leak, on the same Web site, which suggested the phone would have a 4.7-inch display, with a physical “Home” button and two capacitive buttons. Anyways, We won’t have to wait much longer to find out the truth. Samsung is unveiling the Galaxy S3 this week in London.