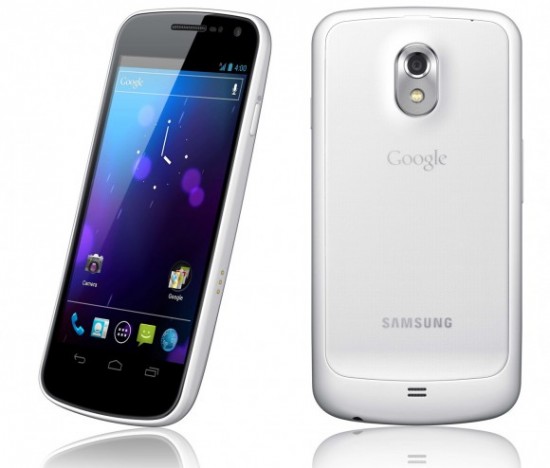 href=”http://www.samsung.com/” rel=”homepage” target=”_blank” title=”Samsung”>Samsung has officially confirmed there will be a white Galaxy Nexus smartphone coming to the UK, starting February 13th. The previous date scheduled was February 6th, though we were correct in predicting that both 16 and 32GB models would be available. Glaxy Nexus Consist fantastic Android 4.0 Ice Cream Sandwich operating system, 5-Megapixel camera with autofocus and LED flash, plus a speedy Dual-Core 1.2GHz processor and a 4.65-inch Super AMOLED HD screen.

“After much speculation, we are pleased to announce the availability of the Galaxy Nexus White which follows the great reception the phone has received since it was launched back in November.”
– Simon Stanford, Samsung UK