GoAndroid
Home Old Samsung Rugby Smart for AT&T Pictured
According to rumors Samsung Rugby should have been launched on February 18. The thing is, it didn’t. It seems AT&T still has it on their mind, though, as new press shots of the smartphone have leaked, Via PocketNow. 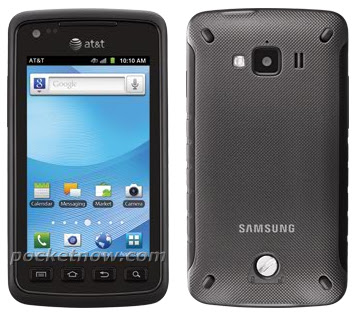 The Samsung Rugby Smart has the model number SGH-I847, and will come with an 800×480 touchscreen, 512 MB of RAM, a 1,650 mAh battery, and it’s going to run Android 2.3.5 Gingerbread.
Hopefully the ruggedness of the Rugby Smart will make up for its otherwise low-end specs.
Source: PocketNow
Join GoAndroid on Telegram