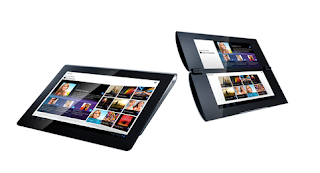 Sony has announced on its official support forum that it will indeed release the official Android 4.0 update for both the tablets. Company however did not give a specific time-frame, but considering company’s timeliness with the updates till now, we would them to release ICS around Feb/March.
Company had recently rolled out the second release of Android 3.2.1 on Tablet S. To remind you, Sony’s Honeycomb tablets come with dual core NVIDIA Tegra 2 processor, dual cameras and 1GB RAM on-board along with 9.4 inch (S) and dual 5.5 inch displays (P).
Here is company’s full statement:

Today we’re happy to confirm that an update to Android 4.0 will be available for Sony Tablet. Details including timing will be announced in due course, so please stay tuned.