GoAndroid
Home Old Sony Tablets to Get ICS in April according to Sony Japan
Sony Japan announced that next month owners of Sony Tablet P and Tablet S will be updated to Android 4.0. Users will now be able to get to the camera app directly from the lock screen and take panoramic photos – a feature that its NEX and Alpha cameras are known for. For those with one of Sony’s Blu-ray recorders, the tablets will also be given an app called Recopla, that acts as a remote and allows for streaming of recorded content over WiFi. 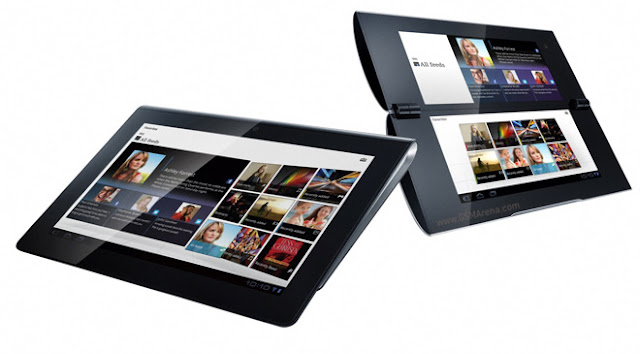 “Small Apps” With them, users will be able to fire up a small calculator, remote control, or browser window on top of the currently running app. Although this sounds like it will only be available for apps that support the feature, Sony’s press release shows it being used with YouTube, Google Maps, and the web browser.
The Tablet P will also finally see a WiFi only version arriving April 21st, bringing down the price of the dual-screened tablet to a more reasonable $600. There’s no word yet on hardware or software availability over here, or further details on Ice Cream Sandwich for the Xperia line, but more details and pics can be found at the source links below.