GoAndroid
Home HTC T-Mobile Leaked Document suggests HTC Ville, Samsung T769 and Huawei Prism Soon
According to the Document, we can expect to see the HTC Ville, Samsung T769 (Samsung Galaxy S Blaze 4G) and the Huawei Prism hit T-Mobile very soon. Though the devices themselves aren’t mentioned in the leak, their accessories are – which is good enough for us. It’s also nice to know we should see some official accessories to accompany the devices upon initial release. 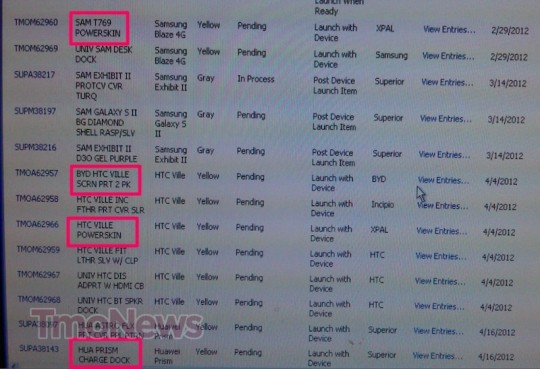 Since this is basically an accessory list, we can’t say for sure when will these devices (except for the Blaze 4G) release. Either way, we hope to hear more details next week at WMC.