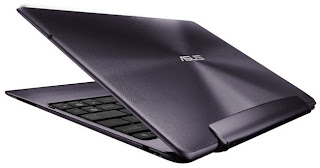 Earlier this month, href=”http://www.asus.com/” rel=”homepage” target=”_blank” title=”Asus”>ASUS pushed out an update to Ice Cream Sandwichwhich brought with it fixes to several of the software hiccups plaguing the Prime (including GPS and WiFi performance), along with the wonderment of Android 4.0.

Users of the Transformer Prime are still reporting that their devices are randomly locking up during various use cases (hit the source link to peruse the 400+ threads), requiring a reset to restore the tablet back to proper working conditions.

ASUS Technical Marketing Manager Gary Key has taken to the XDA developers forum to provide an update on a few bugfixes its working on. Mr. Key has indicated that ASUS is aware of the lockup issues affecting some Transformer Prime owners, and has indicated that the company will be pushing out an update that fixes this issue sometime in early February.

Further, ASUS recognizes that some users are still seeing issues with WiFi/Bluetooth fallout, and is asking users having this issue to send him a private message on XDA with a serial number so they can more closely investigate the issue.