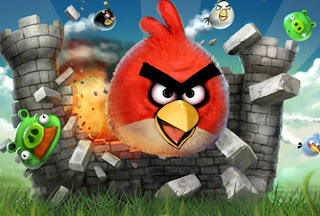 Angry Bird Developers at Rovio is thinking to launch Animated TV Series for all Angry Birds fans soon this year. The successful smartphone app will be made into 52 short episodes that will be released on “all possible platforms”.

According to Nick Dorra, head of animation at Rovio, the company will be rolling out a weekly animation series, and Rovio is looking at 52 two to three minute episodes for the series. There was also talk of an Angry Birds movie post-2014, spurred by the recruitment of Marvel Studios chairman David Maisel. Dorra said at the MIPTV conference in Cannes that the movie is currently in development, and his exact words were “it won’t be out in 2013 or 2014.”

Angry Birds has now been downloaded more than 700 million times across all platforms and its new game, Angry Birds Space, is number one in nearly 100 app stores across the world.