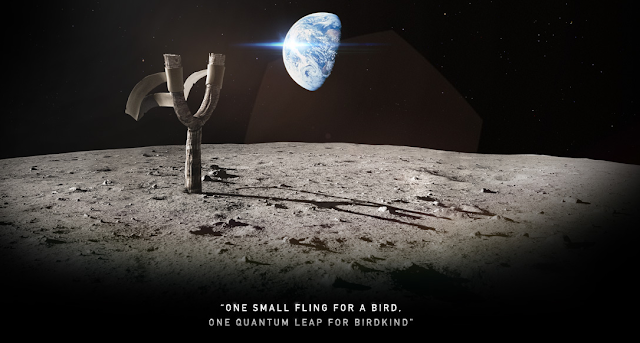 Rovio is apparently coding a new Angry Birds game for mobile devices that is expected to go live on March 22.   Information on Angry Birds Space is scarce at the moment, but we do know one thing is for sure: it’ll be taking place in space. OK, that was a bit obvious. Yahoo! broke the news this morning and we are just getting wind of it. We don’t really know what to expect but given the fact they’ve released awesome and impressive games in the past, I suspect they’ll do the same here.

Angry Birds Space already has an official website with an image of a slingshot on the Moon overlooking Earth.

With the game moving into space, it begs the question whether gravity will play a role in the physics-based game, which requires players to wipe out a group of enemy pigs by flinging birds with a slingshot.

Angry Birds debuted in 2009, and has been downloaded approximately 700 million times across various iOS and Android devices. It is considered one of the most lucrative gaming properties in the world.