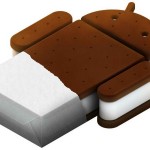 href=”http://www.samsung.com/” rel=”homepage” target=”_blank” title=”Samsung Group”>Samsung hopes to have their Galaxy S II updated to href=”http://code.google.com/android/” rel=”homepage” target=”_blank” title=”Android”>Android 4.0 sometime early in the new year, and two freshly leaked builds are a good sign that work is progressing. We first saw Ice Cream Sandwich with TouchWiz back in December, and it isn’t clear exactly what has changed since that first leak. It is said that of the KP4 and KP8 builds that have surfaced the latter is the more refined, which makes sense considering its designation suggests it should be a bit newer. Still, these builds are a work in progress so there is no telling what sort of bugs lurk beneath their surfaces. To see several versions in such a short time period is promising, however.
[via SamMobile]