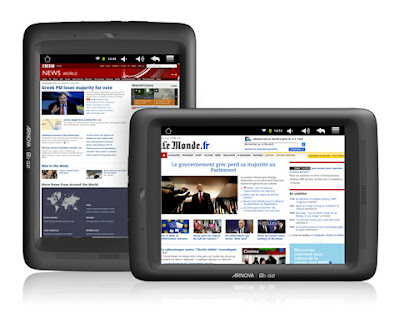 Arnova launched its new variant to the Arnova G2 family – the Arnova 8b G2. The new slate will ship with a 1GHz processor, Android 2.3, a multi-touch display, and support for 1080p HD output. It’s got an 8-inch, 800×600 display, a 12mm thick chassis and even an optional resistive screen for those who prefer pen input. There’s no pricing details to be had right now, but if it’s not cheap, it’ll be forgotten in no time flat.The Arnova 8b G2 is the successor to the Arnova 8 G2.