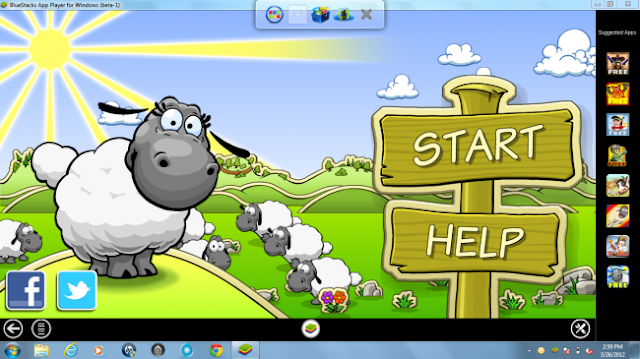 BlueStacks Today rolled out Beta version of its Client. Improving a lot from the Alpha version that was made available last year, the current beta allows you to play even the most graphic-intensive Android games on your PC, thanks to the in-built hardware graphics acceleration. The software, powered by a technology known as LayerCake, works on devices running Windows XP, Vista, and Windows 7. In all, more than 4.5 million apps were opened, BlueStacks said.

“First there was Angry Birds on Chrome which was a big deal, then recently Steve Ballmer stood up at CES and announced that Cut the Rope had been ported to IE9 – with BlueStacks, it’s 450,000 apps coming to Windows at once,” said Rosen Sharma, BlueStacks CEO.

You can download the file from BlueStacks, however, their servers appear to be completely overloaded. When you get to the download page, make sure you the “Try a different installer” link. It will get you the full software.